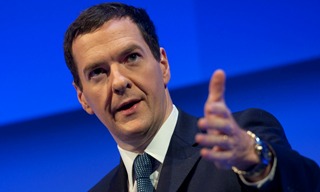 Are things finally going to change for the better in the world of UK housing? Chancellor George Osborne certainly says that they are. In his autumn spending review he announced plans to â€œend the crisis of home ownership in our country.â€ Fine words. But what do they mean?

The housing budget will be doubled to £2 billion a year and 400,000 new homes built across the country. The new building spree will be funded by public money and developers will be encouraged to build 200,000 starter homes. Funding will also go to build 135,000 shared ownership homes allowing for an initial buy-in from purchasers and then the acquisition of more shares as they can be afforded.

The government will also widen the Help to Buy Scheme so that it will be open to all households earning less than £80,000. Londoners will get extra help with a new London Help To Buy scheme and the Right to Buy is also being revised and tenants in five housing associations will be able to buy their homes immediately.

Young families will also benefit from the Chancellor's decision to hold back the proposed cuts to tax credits by delaying implementation of these unpopular cuts. He is, however, capping housing benefit for new tenancies.

Other measures include 10,000 new homes to be built to rent out at a rental value which will allow tenants to save for a deposit while they rent. Also, 8,000 specialist homes are to be built for older people or those with disabilities.

The homebuyers that will lose out this time round are those purchasing second homes and buy to let properties. They will now be asked to pay a higher rate of stamp duty of 3 per cent above usual levels. Many will be greatly put out by this. But those non buy to let purchasers at the lower end of the market may feel that they have won back a slender financial advantage over commercial investors.  Those about to enjoy the pleasures of a second home will also pay more for this luxury opportunity. Again, whether this will deter buy to let or second home buyers in the long run remains to be seen, but meanwhile the Chancellor will raise an extra £1 billion by 2021 through this measure.

How all this will help the overall housing situation is hard to gauge. Certainly even small steps forward are positive ones. Yet the elephant in the room remains. This is the inexorable rise of house prices . forecast by some to be between 6% and 10% next year. With so few properties coming onto the market now prices are being driven ever higher. The new home surge announced by George Osborne will provide some help in the long run. But in the short term it will only be a significant leap in the numbers of second hand stock that will put a brake on price rises and allow many buyers the vital time they need for their earnings to reach home purchase affordability.