The Art of The Deal 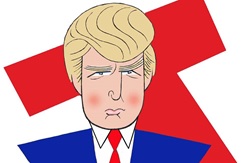 In 1987 a book called The Art of the Deal was published. Part-credited to one Donald J Trump it is estimated to have sold over one million copies and it held the number one spot on the New York Times Best Seller List for 13 weeks.

What made it so popular? Simply that people were fascinated to learn how to make better business deals. Selling a home is business. So here are seven of my key thoughts on the art of the property deal.

People are only human
Everyone wants as much as they can get for their property. But let's face it all potential buyers want to pay as little as possible. Sometimes buyers and sellers don't play nicely together. Property transactions often expose human nature in the raw. For both parties to get what they want ideally they should compromise a little. Each should be nice but firm.

Reasonable wins
The key to a successful property deal is not to make unreasonable demands with your price or with an offer or counter-offer. Being reasonable always trumps being unreasonable.

Don't haggle, negotiate
Ill-advised buyers and sellers haggle. Informed buyers and sellers negotiate. Negotiation isn't just about price. It can involve fixtures and fittings, furniture and white goods. It might involve access to carry out remedial work before completion, or even renting back the property for a while after completion if necessary. It is also about timing. When two or more parties are involved in a chain and each has their own idea about when they want to move, discussing exchange and completion dates plays a crucial part of any negotiation.

Some principles aren't worth standing on
Some principles have little place in negotiation. Principle is all very noble but sometimes it is best to focus on the desired outcome rather than the cut and thrust of getting there. The aim is to move. A sale is only part of the move. The end game should always be the focus. If one side decides to be mean and petty that does not mean the other side should be too. Bad behaviour is annoying but standing on principle is often counter-productive.

Move forward not back
Having made the deal it is usually best to hang on to it. Losing a deal can be costly in money and time. Also no one likes it when another side reneges on an agreement. It breeds a great deal of ill feeling . sometimes enough to blow a deal. At the very least it can throw up other difficulties . often with several other parties if there is a chain of inter-related sales.

Expect the unexpected
Be prepared for the unexpected. Sometimes a genuine legal, financial or survey issue shows up from nowhere and the deal may have to be adjusted. This may be unavoidable. Again it is best to accept that stuff happens and that reasonable behaviour on all sides can often resolve these irritating difficulties.

A good estate agent is your new best friend
Many people think that estate agents simply put properties on the internet and conduct viewings. But that is only the start. Their real work is in the art of the deal - making sure clients get what they want, when they need it. Estate agents do this in the crucible of an intricate personal, legal, financial and sometimes emotionally charged theatre of life. A good estate agent is a highly experienced expert in this. It really is better to have a proper estate agent on your side from the start instead of wishing you had one somewhere down the line when it may be too late.