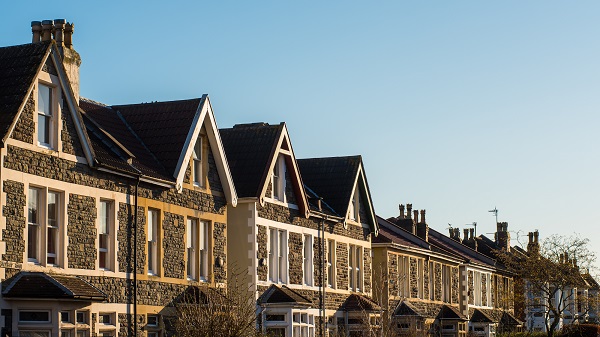 Bristol is one of the UK's fastest growing cities and is hugely popular with students, young professionals, families and commuters.
But it's a big city, with plenty for house hunters to explore, so where do you start?
We can recommend kicking things off in Bishopston, north of Bristol city centre and this area guide will explain exactly what it has to offer...

Lovers of period properties have plenty of choice in Bishopston, with an array of Victorian terraces and semi-detached houses to choose from.
There are some large 1930s family homes on the western side of Bishopston, while modern flats and apartments are also springing up.

On the northern side of Bristol, Bishopston shares its BS7 postcode with Lockleaze, Horfield and Ashley Down.
Gloucester Road, which is Bishopston's high street, runs through the centre of the area and ends north in Horfield close to Bristol Rovers' Memorial Stadium home.
With great schools and lots of amenities, Bishopston is popular with families as much as it is with the young professionals flocking to Bristol for work every year.

Houses for sale in Bishopston, Bristol

There is increasing demand for Bishopston's stock of stunning Victorian properties, so buyers looking for period homes like this should expect to pay in excess of £450,000 and closer to £500,000 for the best of these homes.
Larger semi-detached houses for sale in BS7, including some 1930s homes, average £661,421 according to Rightmove, while flats in the area average £264,409.
Average property price in Bishopston: £447,065.

Young professionals lured into Bristol by the city's burgeoning start-up scene are also well catered for on the transport front in Bishopston.
The A38 road heads directly into the city centre from Gloucester Road and the M32 and M4 for South Wales or London is also easily accessible.
The M5 motorway sits west of Bishopston and provides access to Gloucester, Cheltenham and the Midlands.
Montpellier and Redland stations are the nearest to Bishopston and offer trains to Bristol Temple Meads in 12 minutes.

If your children have ambitions to star in film or television then Bishopston is the place for you.
Legendary actor Cary Grant studied at Bishop Road Primary School, which has been operating since as far back as 1900.
The school is rated 'Outstanding' by Ofsted, while Brunel Field Primary School shares the same rating.
Ashley Down Primary School, meanwhile, is rated 'Good'.

Gloucester Road is not only long, it has the variety of shops to match.
Independent stores and boutiques are joined by well-known high street brands, not to mention all the pubs, coffee houses and restaurants.
And if that's not enough, Bristol Shopping Quarter and The Mall at Cribbs Causeway aren't too far away, either.

Eating out in Bishopston

Again, you don't need to stray too far from Gloucester Road if you want a nice meal in Bishopston.
Sometimes, only a burger will do and in Atomic Burger, Gloucester Road has one of Bristol's finest.
The restaurant also comes complete with comic covered facade and a grass terrace.
If you're looking for something a little more traditional, try The Gallimaufry which offers a modern twist on European classics and some stunning wines.

Things to do in Bishopston

With Gloucester Road's variety, there is always something to do in Bishopston that involves shopping or eating.
But if you're looking for relaxation, there's also St Andrew's Park to the east of Gloucester Road, which is great for a wander or a picnic in the summer months.
Also to the east of Gloucester Road, Bristol County Cricket Club's County Ground is worth a visit for either a First Class match or an international from England's men and women.
And if sport's your thing, keep heading north and you'll come to the Memorial Stadium - home of Bristol Rovers football club.

In the summer months, head off to the play park at Horfield Common where the little ones can run around until they can run no more.

Alternatively, St Andrew's Park has a padding pool and a small cafe during the warmer spells.

The St Andrew's nature reserve is also a great place for the children to explore, while Bristol Aquarium is a mere two miles away on the A38.

CJ Hole has been selling, letting and managing great properties in Bishopston for 15 years.
Owned by born and bred Bristolian Chris Hill, the team at CJ Hole Bishopston would be delighted to help you with your next property.
Pop into the branch on Gloucester Road, or contact the team online.
Back to all articles