Everything you need to know about living in Cheltenham

Cheltenham is steeped in history - and still has plenty in its favour in 2019, too.

Quintessentially English and a traditional spa town, Cheltenham sits on the edge of the glorious Cotswolds in Gloucestershire, just over 85 miles north west of London and a mere 38 miles from bustling Bristol.

Popular with families looking for good schools, great transport links and some of the best countryside England has to offer, there's also plenty for the younger generation in Cheltenham and students flock here from all over the country. 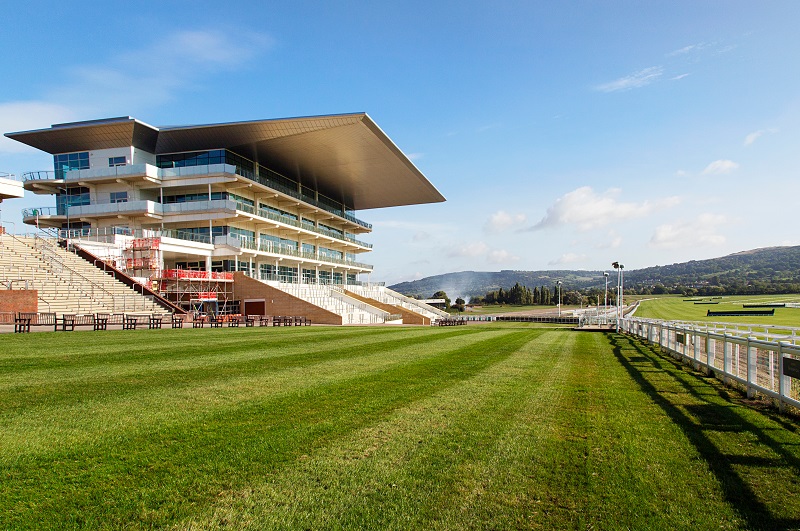 Cheltenham is popular with people looking for good links to Bristol and Birmingham, who perhaps want a slighter more relaxed way of life than those two larger cities can offer.

While Cheltenham is very much about glorious green spaces, those seeking livelier past-times are well-catered for through the town's array of shops.

Sports fans don't miss out, either. The Cheltenham Festival is world famous and eager punters splash out around £150m in bets during the festival.

Cheltenham Town play in League Two at Whaddon Road in the town, while rugby union fans are within a short hop of Gloucester, Bristol, Worcester and Bath for Premiership rugby.

If a Regency-style home is what you're after then Cheltenham is the town for you.

Some period properties in the town date back as far as 1800 and the Georgian style of property in Cheltenham is hugely popular with house-hunters.

These Regency-style properties are largely based in areas like Montpellier and Pittville, either side of the town centre.

Larger family homes, less in the Regency style, are available close to Cheltenham Spa train station in St Marks, while Victorian and Edwardian homes are present in the central Battledown area. 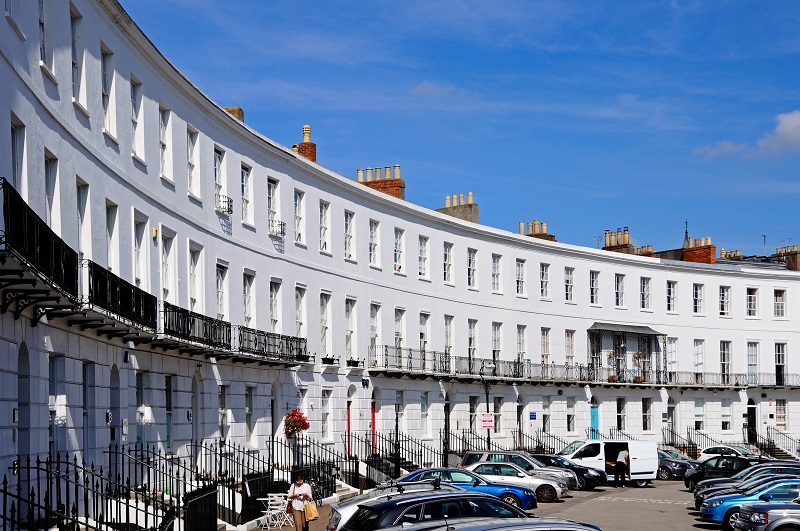 Houses for sale in Cheltenham

Unlike many areas suffering slightly from the uncertainty of the UK's Brexit negotiations, property prices in Cheltenham have continued on an upward curve.

Most sales over the past 12 months involved semi-detached properties, according to Rightmove, with an average selling price of £336,568.

View all propreties for sale in Cheltenham here.

Flats to rent in Cheltenham

The majority of rental properties in Cheltenham are one and two-bedroom flats, as well as student rentals for those attending the nearby University of Gloucestershire.

Three and four-bedroom larger family homes do come up, however, and command monthly rents of between £1,100 and £1,700.

The open space and rural feel of Cheltenham's place on the edge of the Cotswolds feels a million miles away from London.

But for those needing to commute to the capital, they can do so between Cheltenham Spa and London Paddington in just over two hours.

Trains also run directly to Bristol and Birmingham in 45 minutes.

Drivers can use the A40 and M40 into West London, while the M5 motorway runs south to Bristol and North to Birmingham. 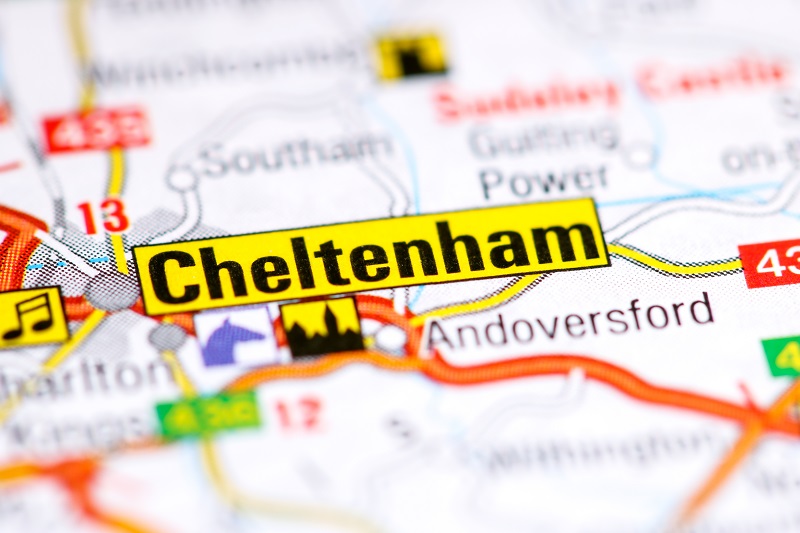 While many Cheltenham residents use the town's superb transport links to commute to places like Birmngham, London and Bristol for work, Cheltenham itself is home to several big businesses.

Spirax-Sarco Engineering in the town employs more than 1,000 people locally and around 7,000 worldwide.

Clothing brand Superdry, meanwhile, is based in Cheltenham - a superb rags to riches story of a brand that started on a market stall.

Jet engine makers GE Aviation Systems employs around 3,000 people in Cheltenham, while many other huge companies run from nearby Gloucester and Cirencester.

Families love Cheltenham - and with 12 of the town's primary schools rated 'Outstanding' by Ofsted, it's easy to see why.

The Regent Shopping Centre off the High Street houses more than 50 top-name retailers, while Cheltenham is also known for its growing roster of independent shops.

Antique lovers are catered for in Montpellier, while the Promenade hosts the town's popular farmer's market. 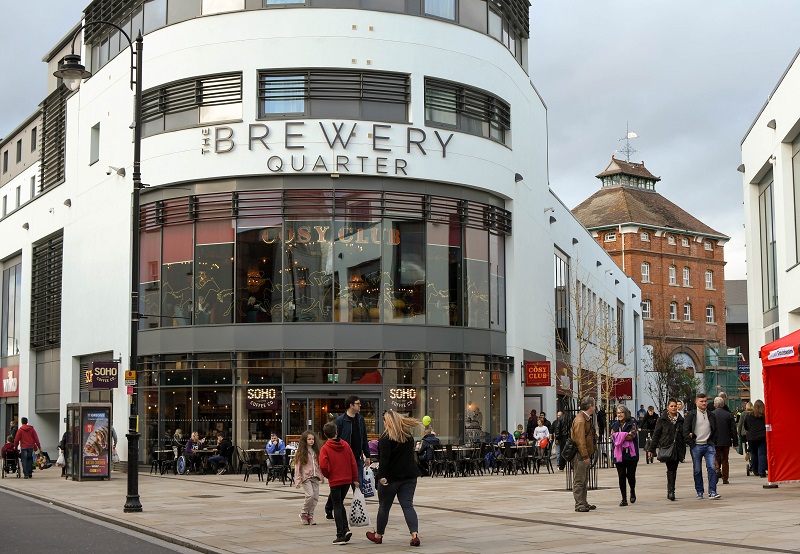 Eating out in Cheltenham

If you're looking for something really special then it has to be Le Champignon Sauvage, a Michelin-starred and four AA rosette-boasting eatery that is among Gloucestershire's finest.

Things to do in Cheltenham

If horse racing, football or top-flight rugby aren't quite your cup of tea, there are plenty of other options for a day out in Cheltenham.

Imperial Gardens and Montpellier Gardens are great options for getting out and about, while the Cheltenham Playhouse theatre puts on brilliant stage productions and shows films.

With plenty of glorious outdoor space on offer across the Cotswolds, there's no shortage of open space to tire out the little ones.

The Cheltenham Montpellier Treasure Trail will test the brains as well as the legs as the children go off in search of clues and hidden gems.

In the warmer months, the Sandford Parks Lido lets the kids have a splash around and enjoy an array of slides at the outdoor pool, while the town's leisure centre pool is a brilliant option when the weather is not so balmy.

If you are considering a move to Cheltenham, get in touch with our CJ Hole Cheltenham office who will be happy to talk to you about the area and show you a list of available properties.

*Prices according to Rightmove, February 2019.

**Prices according to Zoopla, February 2019.